Yesterday, Saturday December 8th, concluded COP 18 in Doha, Qatar. The outcome of the summit is embodied in a document called the "Doha Gateway" which definitely brings us  four very good news, I've tried to summarize below:

1. The Kyoto Protocol is extended under a new period that will last 8 years, this means until 2020. The Protocol's flexible mechanisms: Clean Development Mechanism (CDM), Joint Implementation (JI) and International Emissions Trading (IET), will still be working.

2. It has been established that parties must adopt a new framework for a global climate agreement by 2015 , in which all countries of the world are part and  should set an ambitious target for 2020. For this, it is important the public commitment of Ban Ki-Moon that has said, he will work with world leaders to make them commit to it in 2014.

3. Finally it was defined the institutional framework or "Infrastructure" to ensure the delivery of finance and technology issues related to climate change in developing countries.

4.  It has been defined,  the need of  climate change financing in the long term,  where developed countries have reiterated your commitment to provide financing to developing countries, with a value of  $ 100 billion  for mitigation and adaptation by 2020.

But, why is this good? Well, for several reasons. The first one is that dates and responsibles for particular tasks have been set Second because it has been defined a framework for global action where the developed and developing countries have shared responsibilities, and finally especially because now there is an administrator for the Green Climate Fund and funds to manage.

Additionally, other fields of work of  COP18 are:

This is excellent .. Now we have to be prepared for the results of this homework to be delivered in the next climate change summit which will be in Warsaw, Poland in 2013.

Popular posts from this blog 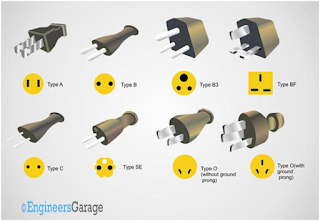 The dark side of green marketing campaigns

During the last years, there has been a tendency of including green aspects in marketing campaigns of different companies or institutions. These campaigns are mainly defined to highlight some characteristics of a product or service based on their environmental features, for example non-toxic material content, biodegradability features, recycling possibility, energy efficiency, etc. The main objective: to sell more while creating an emotional link between the green customer and the company with a real environmental commitment behind.  This is in theory, the reality is that the green marketing sometimes turns into “greenwashing” which tries to sell a supposed green product that is NOT green. In addition, companies do not have a real environmental commitment or message to transmit. This greenwashing concept is applied by several institutions, governmental entities, NGOs, companies, etc. So now I want to talk about two marketing campaigns -not green- but interesting and funny rep
Read more